The water on which Hotel & Restaurant "De Fortuna" is located, is also called “Het Boerenverdriet" That means: “The Farmer's Distress". It owes its name to the fact that, in the old days, when farmers transported their cows by boat on the water, the farmers always encountered difficulties in rounding the winding turns and passing oncoming traffic.

The original houses that now constitute Hotel & Restaurant "De Fortuna" have already been built around 1650. However, relatively few images from before 1900 are still available. A few old photos below show what it must have looked like around 1900. 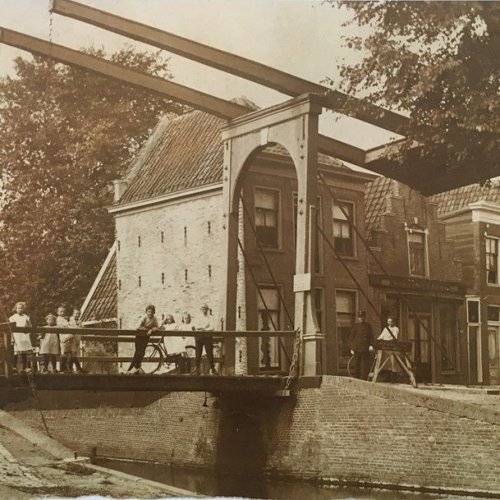 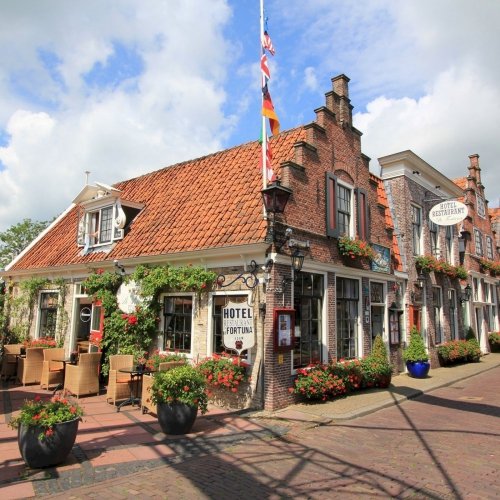 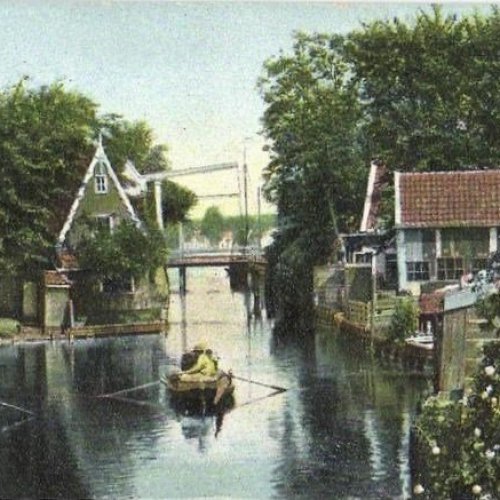 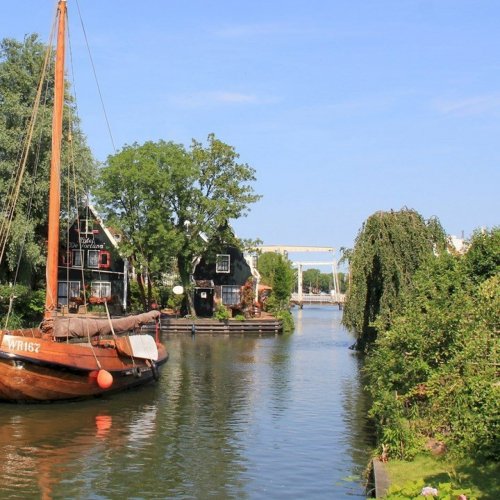 The Fortuna from 1971 to the present

The history of Hotel & Restaurant 'De Fortuna' already starts in the early spring of 1971. Joh. G. Dekker (1923-1990), contractor by profession, lived with his wife, Ada Dekker-Boot (1922-2002) and 4 growing children in the house on Spuistraat 5. The other buildings mainly served as storage for the contractor company. The enterprising Ada Dekker arranged the surplus spaces as guest rooms and then rented them out to passing tourists.

A gap in the market soon appeared. This prompted Joh Dekker to sell his contracting company and to focus on renting the rooms together with his wife.

In the following years, he demolished, rebuilt, renovated and restored the buildings mentioned above. He thus laid the foundation for the current Hotel & Restaurant "De Fortuna". The last part of the complex was completed in 1990. Unfortunately, Joh Dekker no longer experienced that himself, because he died in May 1990 after a long and debilitating illness. He was only 66 years old. He left a hotel with 23 comfortable rooms that could easily withstand the international test of criticism.

In his scarce leisure time, Joh Dekker was a highly deserving craftsman in the field of woodworking. This is evidenced by the various sculpted tables, cupboards, frames and clocks that can be found everywhere in the interior of the restaurant area. He also designed the façade sign with the image of the ship "De Fortuna" above the front door of the hotel & restaurant.

After his death Ada Dekker and her children continued the company with great enthusiasm. In April 1993 they opened a stylish à la carte restaurant with 85 seats within the walls of the hotel, a spacious leafy terrace garden and an intimate bar. This restaurant can now, in the year 2020, continue to enjoy enormous popularity and now also enjoys national fame and far beyond.

Ada Dekker died in March 2002 after a short illness. Joh and Ada Dekker were rightfully very active and inspiring personalities. The company has therefore continued in their spirit!